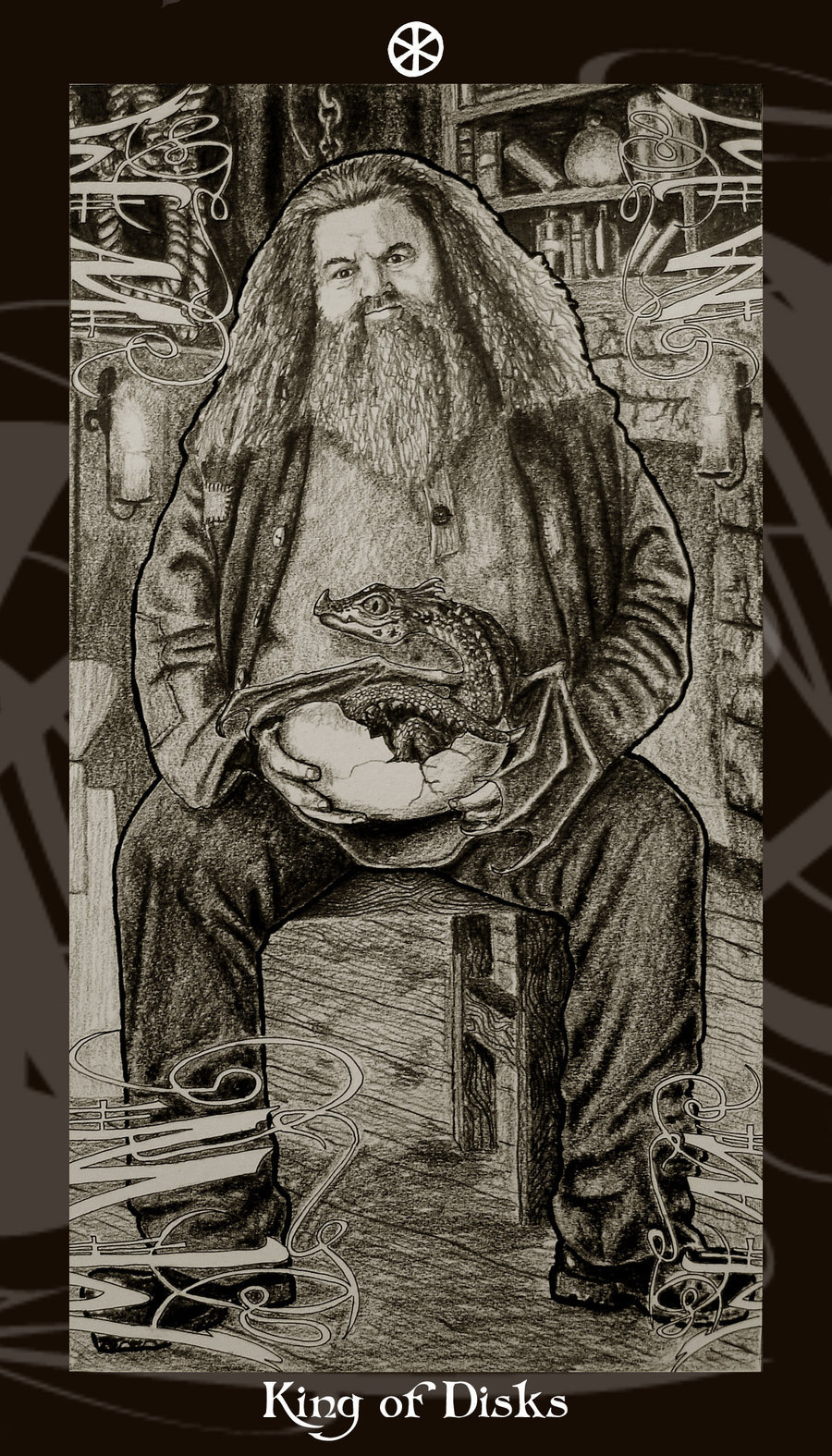 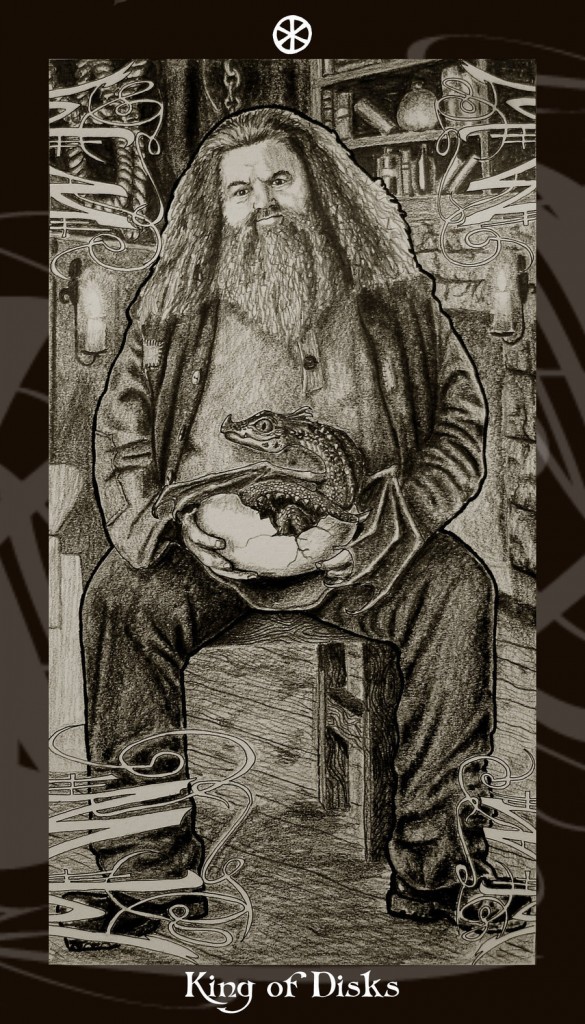 The King of Disks is a sober, realistic man who is occupied with stabilizing and protecting what he has achieved and to test new ventures and projects for their potential. He is willing to take his time to see his goals realized and to do the groundwork to prepare a plentiful harvest. He also has a great compassion for and empathy with the earth and with all her creatures.

Hagrid is a true embodiment of the King of Disks, his half-giant background aligns him firmly with the element of Earth, and his willingness to care for any kind of monster in need shows his compassion for all creatures. He is impossible to turn from a course of action once he is embarked on it, such as the rehabilitation of his brother where he persists when everyone else would have given up. Despite his size and strength he can be surprisingly gentle and protective, such as when Dumbledore entrusts him with rescuing Harry as a baby. He also is absolutely reliable and trustworthy and never lets his friends down.

Here he sits in his hut, happy to hold the hatching dragon Norbert, the egg doubling as a symbol of the disks.

Angel Answers Oracle Cards – Within The Next Few Weeks